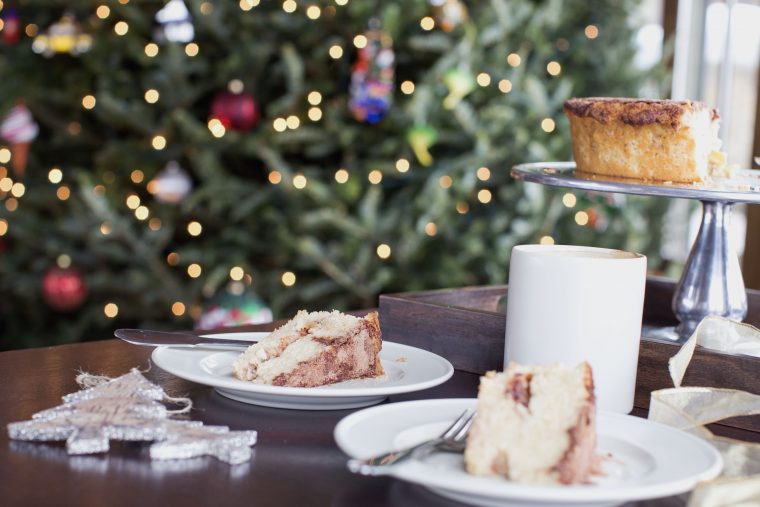 Coffee cake is one of my favorite tasty treats…in theory – i am more often than not disappointed by the dry dense cake weighed down by a somewhat flavorless and stale crumb topping. This cake is so ridiculously moist and the crackly cinnamon-sugar top reminds me of the cinnamon toast my mom made growing up. yumm. Of course the apples are a delicious addition that also makes this toooootally healthy (its Christmas so I am going to stick with this theory).

You can make it a day or two early so it is perfect for a Christmas morning post-present rampage breakfast! That’s my plan anyway!! 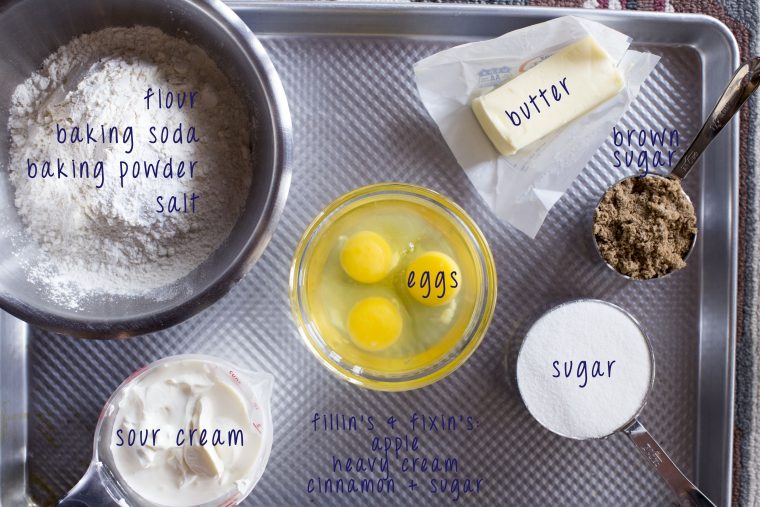 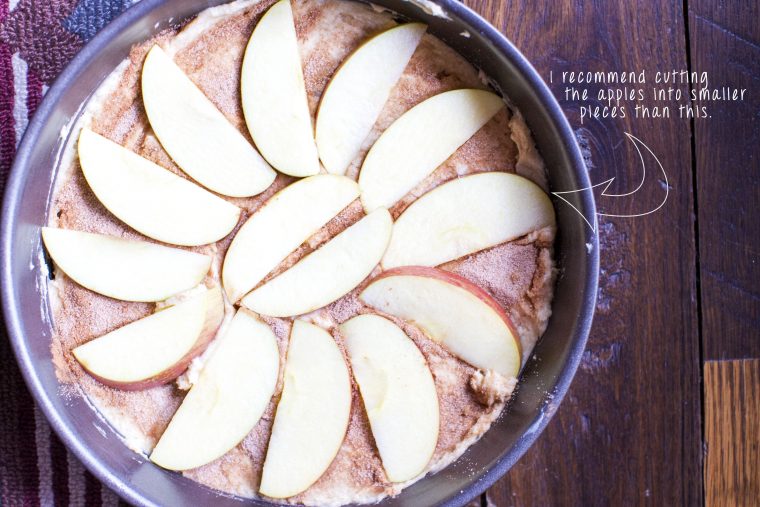 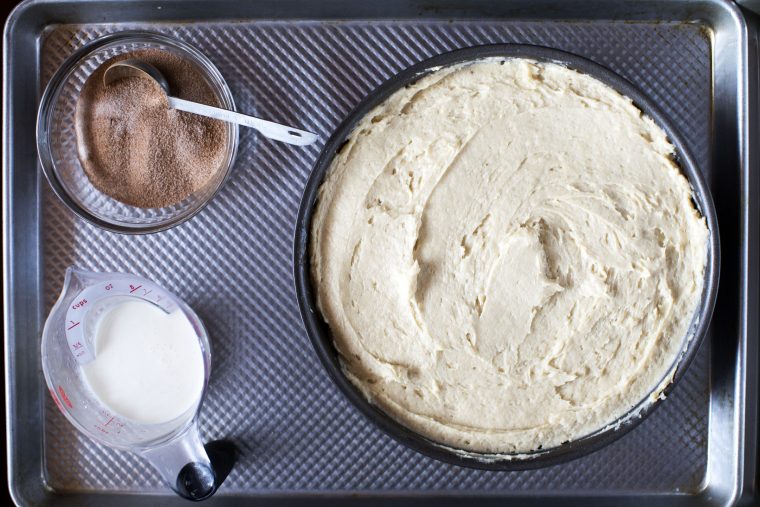 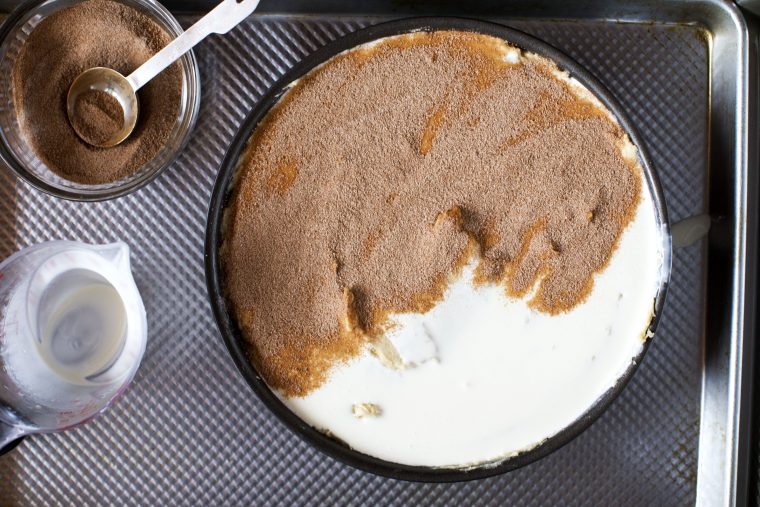 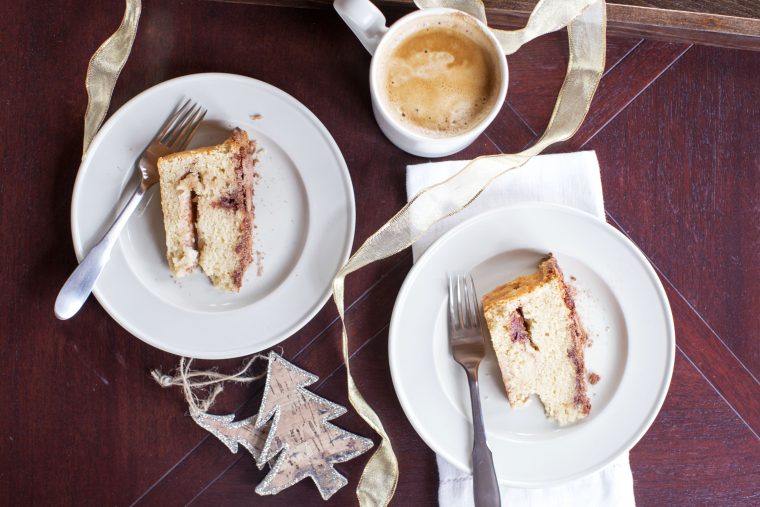 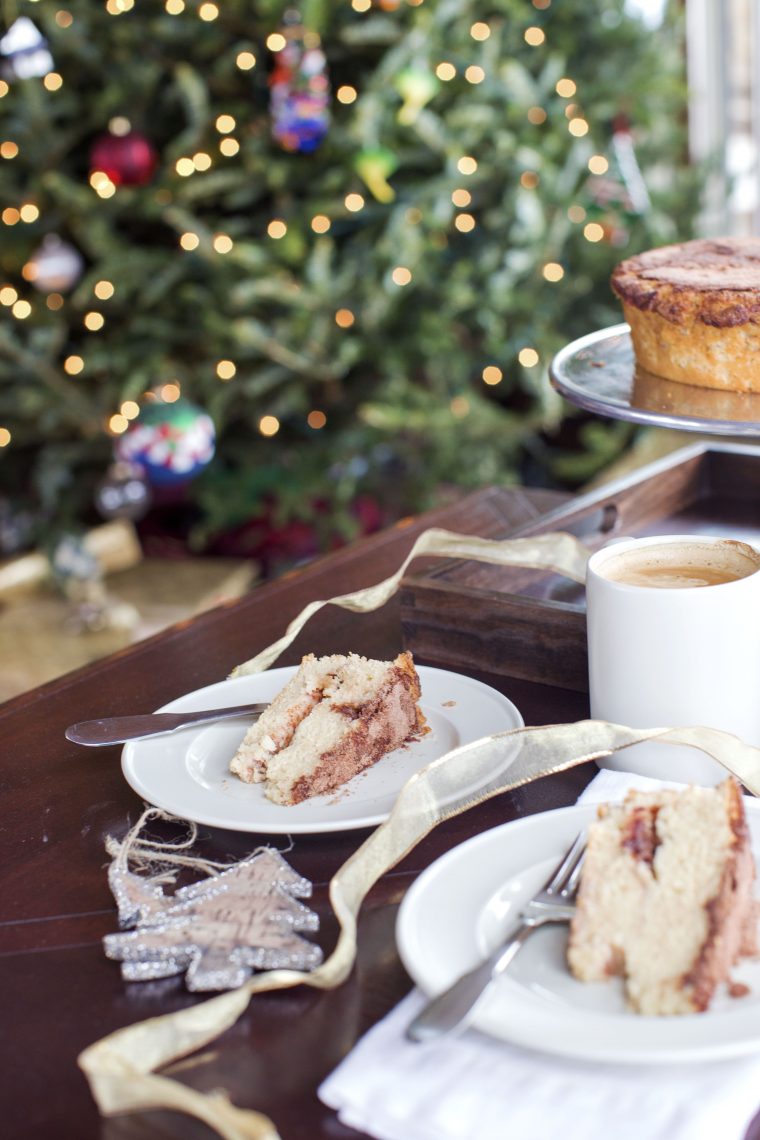