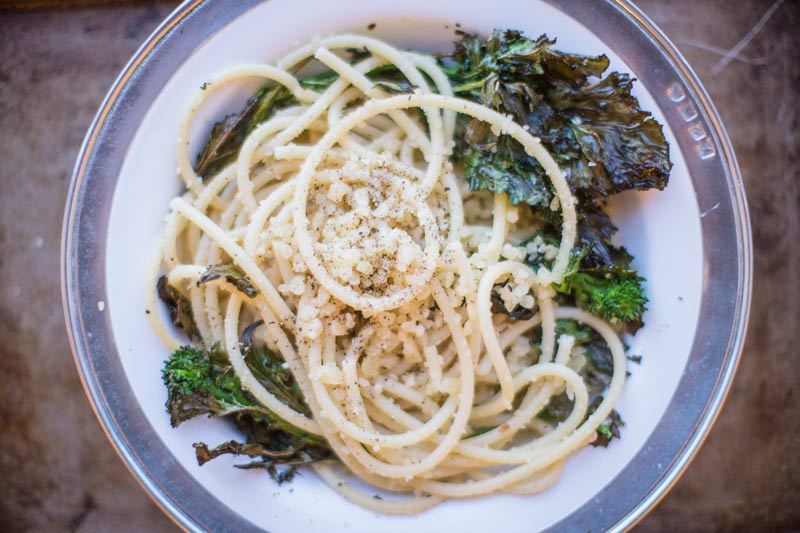 Cooking is as close to meditation as i’m going to get. I can’t for the life of me figure out how people actually clear their mind of all thought – don’t you at the very least have to be thinking about not thinking? or does that not count? and whats really the point of not thinking? Clearly, I am not cut out for the path to enlightenment but who’s to say a big bowl of Cacio e Pepe isn’t nirvana itself?

Calvin Trillin wrote a brilliant piece recently about waking up in the middle of the night, troubled by the current events of the day, and instead of not thinking,(b/c that leaves room for the bad thoughts to creep back in, he thinks about the number of shrimp consumed in Las Vegas on a daily basis. This I get.  Think about something that piques your interest enough to drive out the bad thoughts but is so random and weird that you would really have to try and bring it back to whatever distressing thought woke you up in the first place. Since I wake up at 4am on the reg, I will have to try this technique and will report back.

But first, on this dreary inauguration eve I can’t think of anything better than a big bowl of creamy and oh so cheesy Cacio e Pepe w/ a side of garlicky and slightly bitter broccolini. Oh, and its 60,000lb in case you were wondering. Thats 60,000lbs of shrimp a day, more than is consumed by the rest of the country combined. Now thats something to think about.

But if you are set of wallowing in depressing thoughts, I highly recommend this – White House photographer Pete Souza’s final year in review. The pictures are really beautiful and feel like a nice way to appreciate what we had and turn the page. 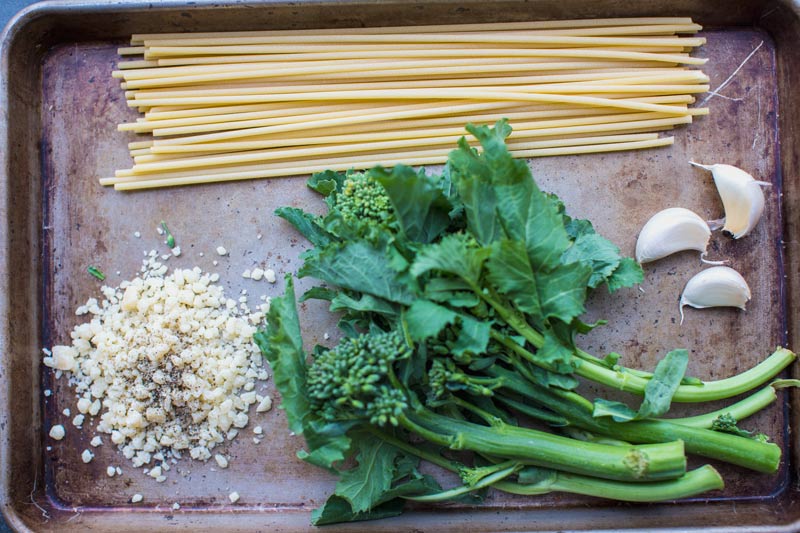 Print
Cacio e Pepe w/ Garlicky Greens
Yield: 4 servings
Ingredients
Instructions
Notes
*The greens can be set aside for up to an hour or so at this point. If they get cold, heat slightly just before adding to the pasta (these could even be made a day or two in advance and kept in the fridge until ready to reheat).
3.5.3226