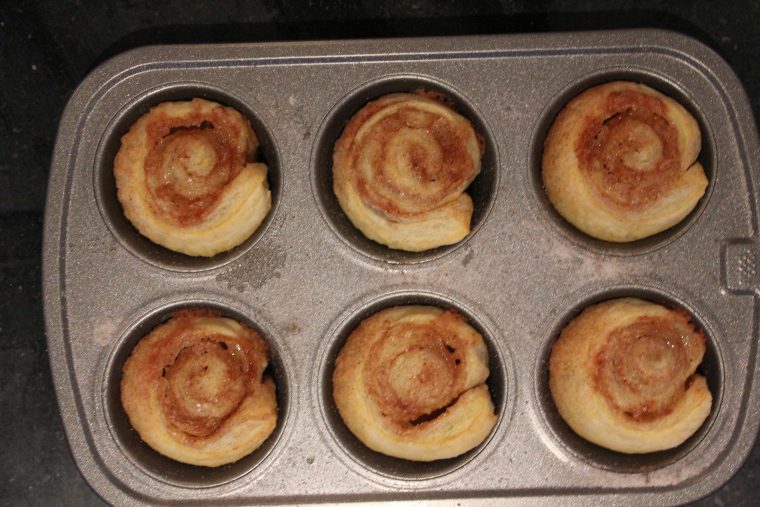 A few months ago I had one of the best pastries of my life at Breads Bakery in NYC.  It was a cinnamon sugar breakfast bun kind of thing but one unlike any I had ever had before.  While those with goopy filling and confectioners sugar glazes are quite tasty, this one was so much more refined while also having more of a real cinnamon-sugar flavor. 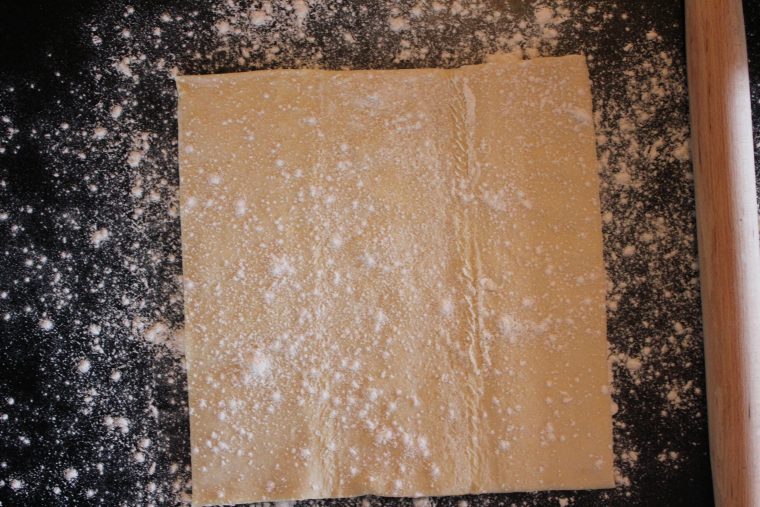 What I discovered was that this life-changing pastry is technically called a morning bun and is simply croissant dough rolled up with cinnamon and sugar.  Sounds easy enough right?  Unless you are a master of making croissant dough at home, the answer is no.  It is nearly impossible to find croissant dough at the grocery store or even online except in wholesale quantities.  So instead of ordering 20 pounds of dough (which seemed slightly excessive even for me), I decided to do a test with what I could find at the store.  The first method would be with puff pastry, the second with pre-made croissants which in my case meant Pillsbury crescent rolls (that i unrolled into flat pieces). 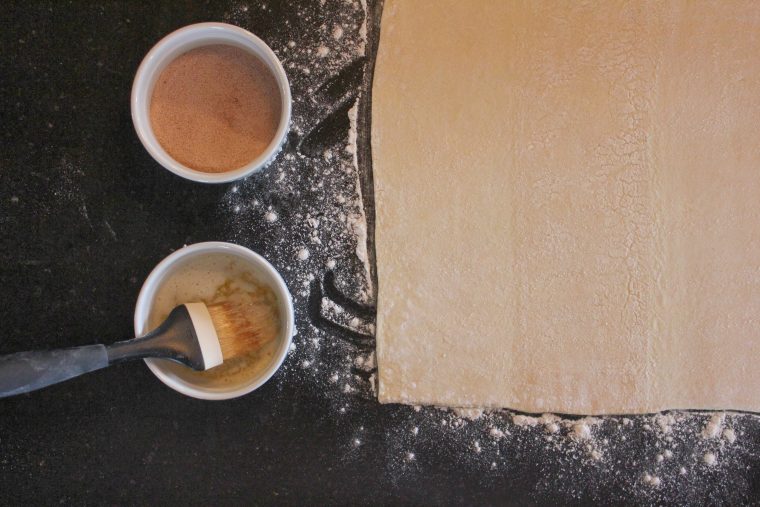 Puff pastry and croissant dough are both are laminated doughs, meaning they are made up of layers upon layers of butter and dough, but croissant dough has yeast which allows it to rise more and adds that chewiness we love in a great croissant. 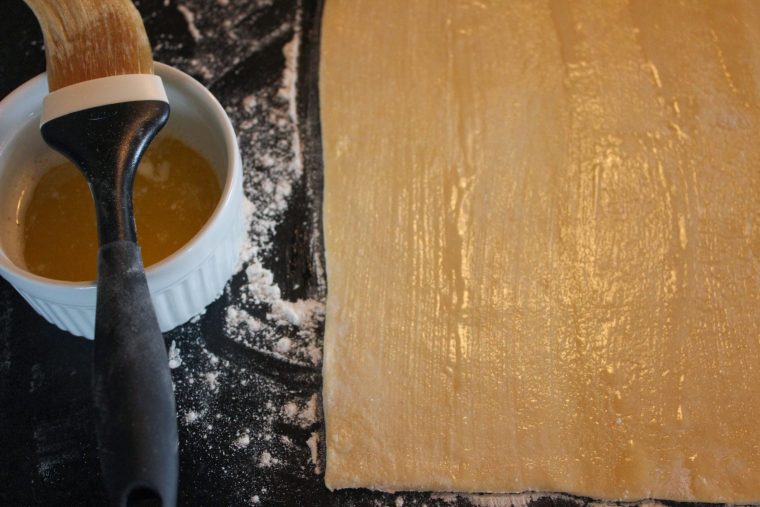 Because the Pillsbury dough contained neither butter nor yeast, it is not really croissant dough (what kind of dough it actually is, I have no idea).  This may have influenced my preference for the puff pastry version but I think it made a lighter and flakier bun that was still slightly gooey at the center.  I used Pepperidge Farm puff pastry but any brand will give you the same results.

These will definitely be on my table Christmas morning – prepped the day before and ready to pop in the oven in the morning.  Feel free to do your own test, especially if you can find real croissant dough (the ingredients should include: flour, butter, yeast, water/milk, salt). 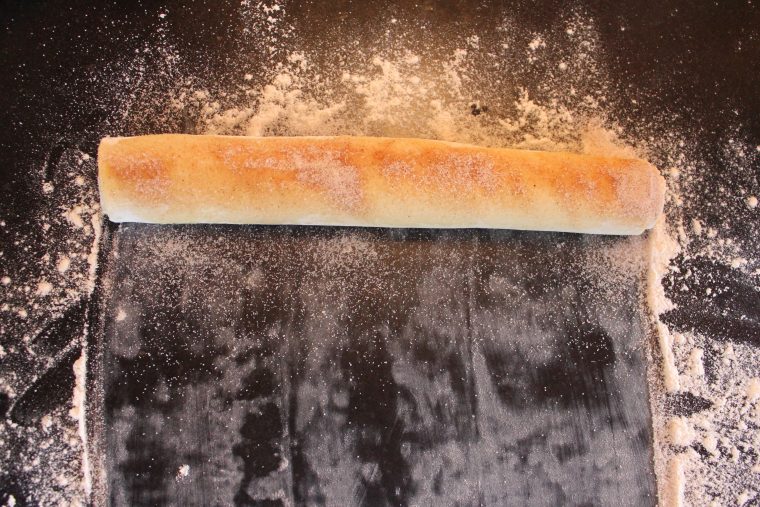 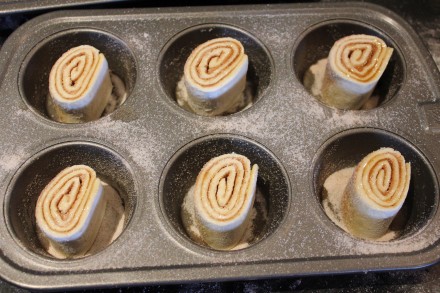 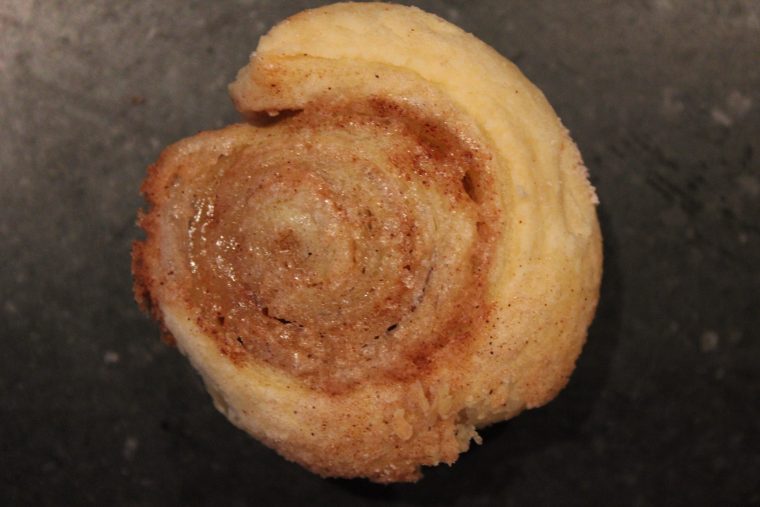 Print
Cinnamon Sugar Breakfast Buns
Yield: 8 buns
Ingredients
Instructions
Notes
*if baking later, cover with plastic wrap and place in the fridge at this point. when ready to bake, remove plastic and proceed to next step.
3.5.3208