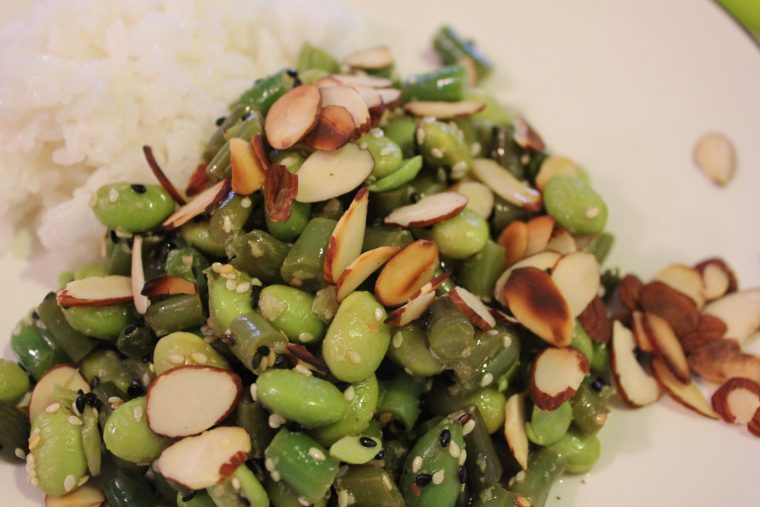 Our first few meals in Myanmar were uninspired, to say the least; the first problem being that we were the only people in the dining room…literally.  The second was the completely western menu.  I ended up getting some sort of fish steamed in foil and presented on the plate, in the foil, with no sauce or sides.  Not exactly what we traveled over 8,000 miles to eat.

You can thus imagine the awkwardness when the chef came out to see how we liked the meal, and after we gave some rave reviews she continued to stand there smiling as if waiting for more praise.

Our last lunch at Inle Lake, however, was traditional Myanmar food and, not surprisingly, was spectacular.  I ordered steamed spring onions that were combined with ground rice to make something similar to a tamale. 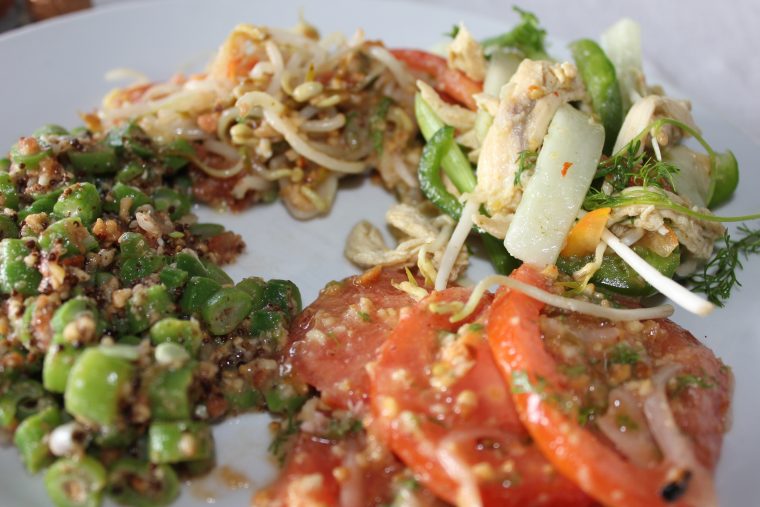 We ended up just sharing everything we ordered and my favorite dish was the green bean salad with sesame seeds.  I set about recreating it as soon as I got home, with a few alterations: the original was quite oily so I reduced the oil and used toasted sesame oil for an extra punch of flavor, and I went with sliced almonds instead of ground peanuts for a crunchier texture (feel free to try peanuts if you like). 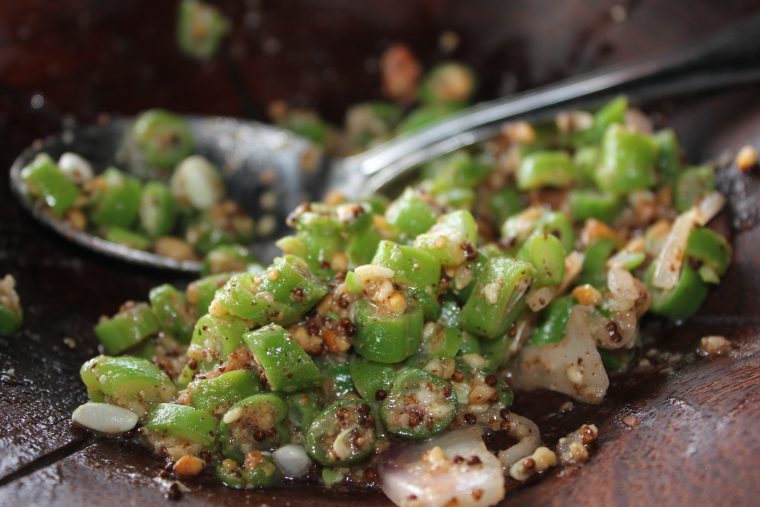 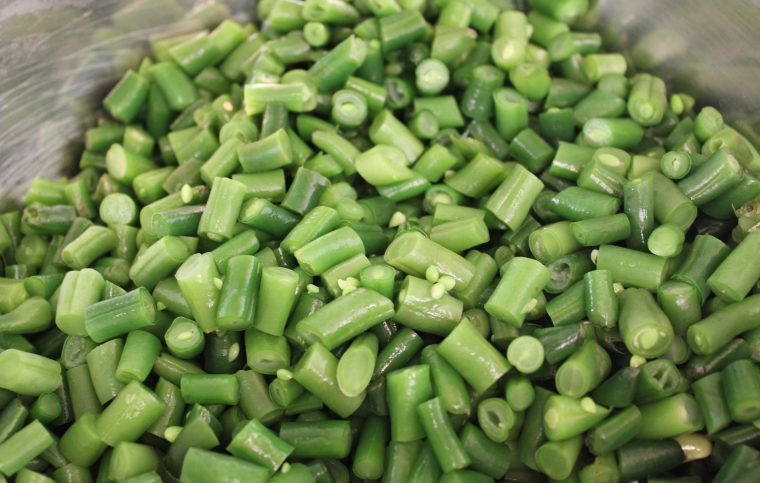